We though the EH6000 was going to receive the clear coat screen, but this is one of the big differences between the EH6000 and the ES6100 series which does have the clear coat screen that we like so much. The matte screen is similar to the ones found on the D650 LCD TVs from last year which we also liked a lot. I guess it's good to have options out there, since the matte type screen finish found on this TV will also be good in some situations - particularly when there is a lot of light from behind the viewer. This is the best application for the EH6000.

Color performance on the UN46EH6000 is strong, both realistic and accurate. Keeping the backlight in check keeps colors from becoming washed out. Keep the backlight dialed back in calibration if you prefer more realistic colors so fans of either look can be satisfied by the EH6000. Blacks are less saturated than many models tested this year, flesh tones look natural but flat. One of the areas you really improve in by purchasing the higher end models is color rendition. 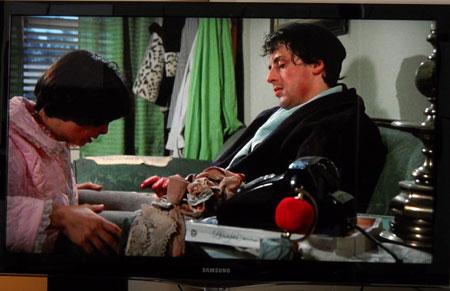 The 46EH6000 has a very thin black bezel of .75" in width. Though this is not one of the more refined or flashy designs on the market it's a good looking set for the price point. The total TV depth though is considerably deeper than we have seen in a long time (due to LED backlighting not being edge lit) and is a hefty 3.7�. However, the depth is well hidden if looking at the TV from the front to sides due to a thin framing bezel on the sides of the TV. 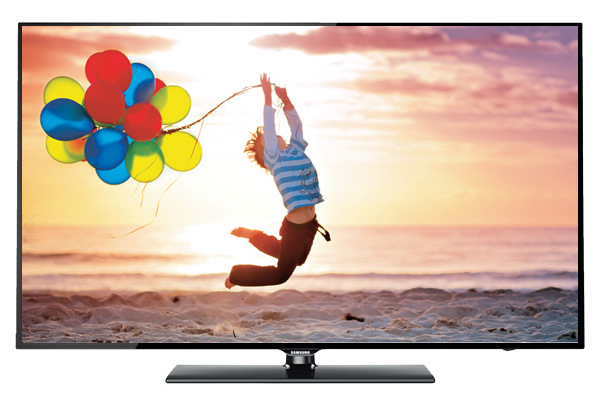 The menu is the same as last years D-series menu and is plenty full of options and easy to navigate, while the remote is simple, backlit and complete.

At around $1000 I cannot say that I think the 46EH6000 is a great buy. There are many more options out there even in Samsung's own lineup. But if you want a Samsung quality TV with matte finish and none of the extra features then this is really your only option. The matte screen finish is becoming hard to find in quality TVs.