The LE640U lacks picture depth. LED-LCD screens often do have this problem, though it can be more pronounced on some than others. That's the case with the Sharp LC-70LE640U. I would say this TV has one of the flattest pictures we've seen in a couple of years partly due to the matte-type screen finish and partly due to the panel itself.

The LE640U 60” has very bright whites so they are eye-catching when you see them in the store. Plasma TVs by contrast look dim as the peak white do not compete. But take the TVs home and put them in a dark room with a colorful movie and you will see a much stronger picture performance on the good plasma screens or the better LED-LCDs that have overcome many of the negative picture symptoms of LCDs. But then if you need that super brightness and high whites for a brightly lit room, especially on football Saturdays and Sundays, then the Sharp 70LE640U will look very good. In fact, this or a better version of this is the type of TV you are looking for. The lack of picture depth could be overcome in that situation with the Film Mode's smooth motion 240Hz de-judder action.

After watching a bit of the Blu-Ray of Top Gun we immediately noticed the depletion of natural background blur when the Film Mode is set to Advanced or Standard. The effect is especially pronounced with DVDs or Blu-Rays. The effect is not there with normal cable or broadcast. We've seen this before in other brands and it's always distracting when done to excess. In the Sharp, it's done to excess in 2012. It's actually a de-judder mode in that it removes that jerky motion you see when watching movies during motion scenes – thus Sharp's naming it the Film Mode. The tradeoff is not a good one in our opinion. Turn it off for all film based content. Otherwise, you get a “soap opera” effect during films as background blur is eliminated. When you turn it off, you will likely notice some judder effects for a slight time until you get used to it. Ironically, you may want to leave the feature on for live action sports or other live fast motion programs as it delivers a smoothing quality, however do turn the film mode off for film content. 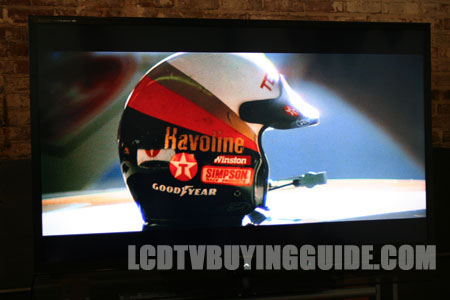 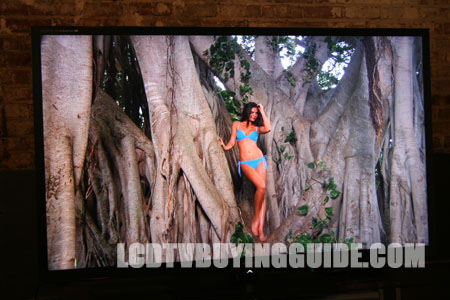 Like many LED edge lit LCD televisions the contrast and color saturation starts to diminish once you get about 15 degrees off center on the LC-70LE640U and just outside the screen area and gets worse the more you go. The LE640U is one of the worst offenders in this area. The problem is compounded by the severity by which they decrease in saturation – quite a lot. It's not even a picture you want to have to view side angles. 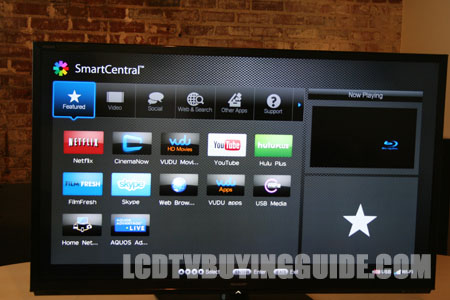 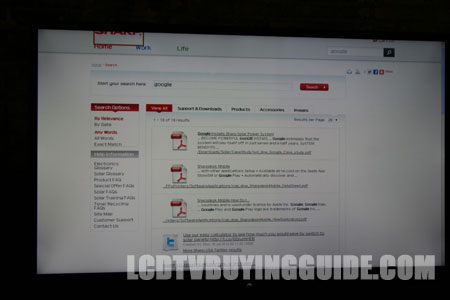 Price/Value is what the LC-70LE640U is focused on. It does have a decent set of features and the panel feels a little cheap when tapping it unlike the metal top end units with a more substantial screen. But the price is definitely right on this 70” TV at around $2300 it's hard to beat for that down stairs basement where you were thinking about putting a projector, but want to watch football on the weekends. There is not much competition in the 70” TV category. There are a few 65” plasma TVs such as the Panasonic TC-P65ST50 which sells for a bit more $2500 or so.