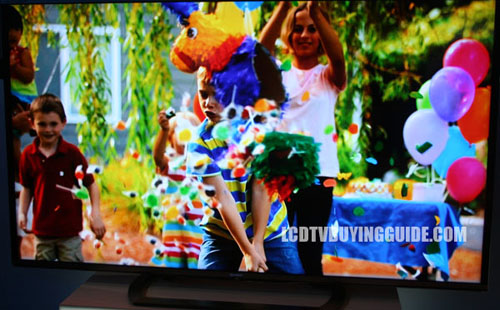 Sharp's new LC-60LE857U is the 2013 early 2014 replacement for the LC-60LE847U series from last year. It has a complete set of features as Sharp continues to strive to succeed in the super large LED TV realm. A new dual core processor helps with multitasking the Smart TV options. It has the 4th yellow pixel to make it a Quattron panel and a 240Hz refresh rate for speed during fast action, important for a large screen like this. Active 3D rounds out the features. There is a new technology included here as well called the Super Bright Technology which is only included on the LE857U series.