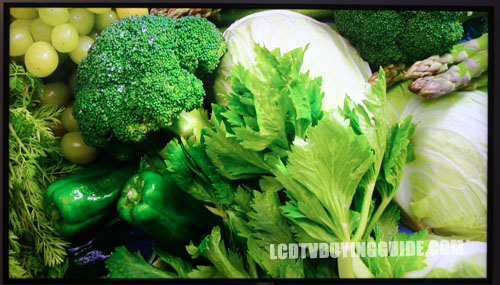 The KDL-55W900A from Sony replaces last years KDL-HX850 series and has very similar features such as the Motionflow XR 960 (Sony's fastest), built in Wifi, the X-reality Pro engine, and active shutter 3D. Sony has upgraded the cross-connectivity of the TV for 2013/2014. They've also enhanced the sound quality via new speakers – a needed adjustment from last year.

The KDL-55W900 from Sony replaces last years KDL-HX850 series and has very similar features such as the Motionflow XR 960 (Sony's fastest), built in Wifi, the X-reality Pro engine, and active shutter 3D. Sony has upgraded the cross-connectivity of the TV for 2013/2014. They've also enhanced the sound quality via new speakers – a needed adjustment from last year.

It does a nice job of removing stuttering judder from the picture during slow panning side to side scenes while also reducing any blur caused by fast motion. It works well and you also have lots of choices about the type of picture produced by the in-menu controls Standard, Smooth, Clear and Clear Plus. We prefer the Smooth or Standard settings to the others. You can also turn the function off.

If you feel the feature is giving you an “over-clarification” of images, turn it off. This is a side-effect we have noted.

Color rendition on the 55W900 is very realistic and not over saturated. Sony's colors are more subdued than some and do not have as much pop, but I like the realism better. 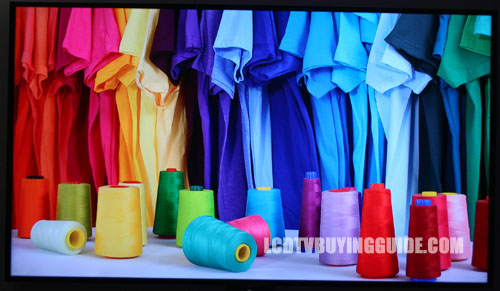 You can see the realistic color in this shot of the W900A. The clarity of the image is another important quality to notice. Lines are crystal clear

You get 2 pair of included 3D glasses with this model. 3D viewing is solid but colors can fade somewhat at side angles when watching 3D content.

This model contains the ambient light sensor technology which (when on) automatically adjusts the contrast on the TV depending on the surrounding room light conditions.

Many of the other picture features, you will have to decide based on trial and error whether you like the effect they produce. These include an Auto Light Limiter, Clear White adjustment, Live Color, Advanced Contrast Enhancer (automatically adjusts contrast) and an Auto Light Emitter (adjusts backlighting for bright scenes. There is a lot to sift through there, thankfully they can all be left off. 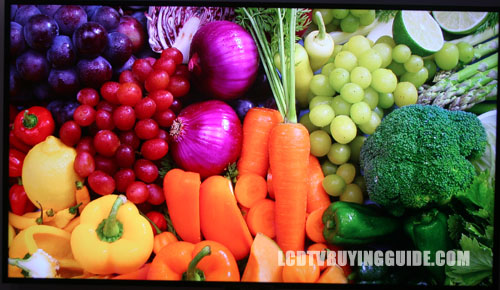 This shot really shows off the wide range of color the W900A can produce. The bright sections are not the brightest for an LCD/LED, but that is made up for with deep black levels

The 55W900 comes with upgraded speakers that are an improvement for 2013 even though the predecessor models speakers and sound quality was, well...”sound.”

The Sony Entertainment Network is included to give premium APPs such as Netflix, Pandora, HuluPlus, Amazon Instant Video, YouTube, Slacker Internet Radio, Crackle and social networking through Facebook and Twitter as well as others. Sony claims Yahoo! Broadcast Interactivity Widgets as well. This new platform allows one-click access to TV Apps which are related to the content you are watching on the TV. In other words, it's a convenient way for Sony to market their Apps to you if you are so inclined to use the feature. On the other hand, it does make it easy for you to know which Apps you might like. 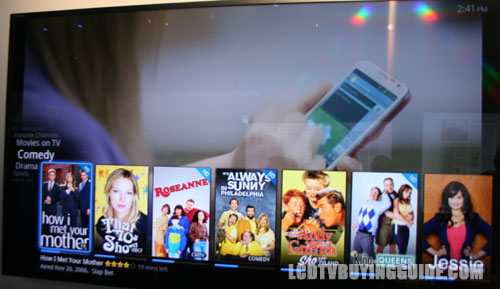 The Sony Entertainment Network lets you search for and watch On Demand TV shows and Movies. Sony has been taking steps to ramp up the connectivity with mobile devices this year

There are new connectivity enhancements as well through wireless connection to connect your smart phone or tablet. You can integrate and share content much easier now through the new Near Field Communication technology included on the 55W900.