As a natural beginning point, realize that we have a full set of ISF calibrated picture settings for this the UN46ES6100 using the included 10 point white balance adjustments. Please follow them precicely as the TV calibrated excellently well to D6500K and this will improve your viewing experience and eliminate many negative effects from features that you do not need. The menu system makes changing each color relatively easy. Our ratings are based on the TV with these calibrations.

Following is a run down of the Picture Modes in the 46ES6100 out of the Box: 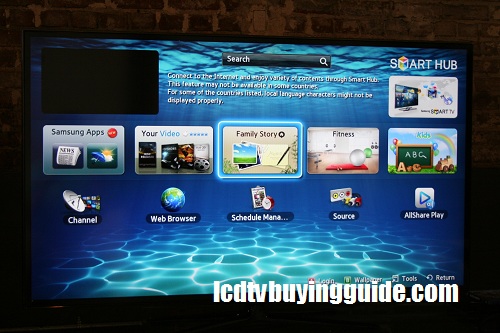 Samsung's Smart Hub returns again this year for the UN46E6100 and the interface is user friendly and the remote has buttons on it for quick access to some of the more popular features. Streaming video is available from major premium providers like Netflix, Amazon Video-On-Demand, Hulu, VuDu and more. There is also access to the Samsung App store which now has more than 1500 Apps in 2012 which will be instantly familiar to smartphone users who use a marketplace to search and download apps on their phone. There are apps for news, weather, sports and even games you can play on your television. Most of the apps are free though some run anywhere from $.99 to $9.99. Many are free as well. Aside from that the usual premium channels options are also incuded. There is a new Search All feature to allow you to find videos via Apps or other connected devices as well. Social media hookups like Facebook and Twitter are of course present. 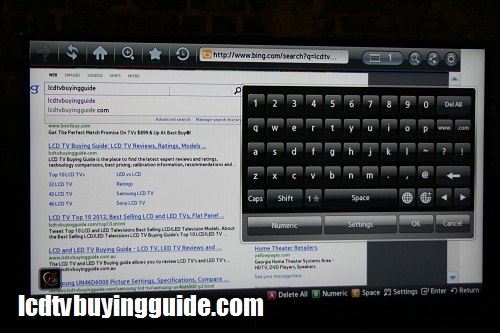 The UN46ES6500 has a black matte .5” wide frame which is also black on the sides with the overlay panel running all the way to the metal frame sides. It's fairly minimalistic and there is nothing much to complain about, though it's not going to blow your socks off. The included black 4-legged quadrapod stand swivels left and right about 20 degrees. The front panel itself is a semi-matte finish so not as slick looking as those clear coat screens (such as LG Cinema Screen or Panasonic Plasma top units). 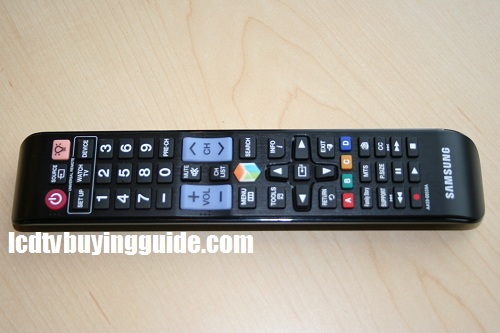 For $1100 the UN46ES6100 gives you exceptional value. There is lots to like about this TV from a value standpoint as evidenced by our above ratings and commentary. Competition is from the Sony KDL-46EX750 and the LG 47LM6700. There is only one plasma model being produced in 1080p in 46".