The 42LM6200 differs from the LM6700 series in one respect, it doesn't have the new, ultra-thin bezel design. It is a 1080p, 120Hz LED edge lit LCD panel with Cinema 3D passive 3D and all the Smart TV features of the step up model. If the features interest you but you would like to sacrifice some aesthetics for a lower price then the 42LM6200 will definitely be of interest to you. 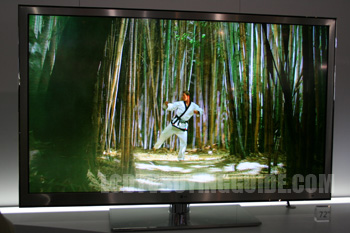 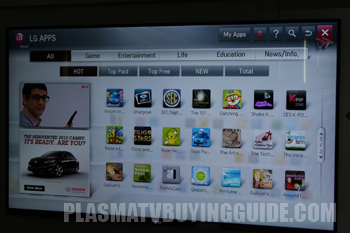 LG's Smart TV suite is also available on the 42LM6200 and includes the more than 1000 Apps the company now has along with the typical premium content channels some paid and some unpaid like Netflix, Hulu Plus, YouTube, MLB.tv, Facebook and Twitter. It's overall a very complete solution and enables lots of play time with unusual little Apps that users may or may not find worth the 99 cents to $2.99 that they usually cost.

Included with the 42LM6200 is LG's innovative Magic Remote, also called the Magic Wand Remote. This secondary remotes operates using motion control. To interact with your TV you point the remote at the screen and move a crosshair with you wrist to select items on the menus or in the Smart TV suite. We think it's a fantastic little gadget and are glad to see it being included in more of LG's series in 2012.