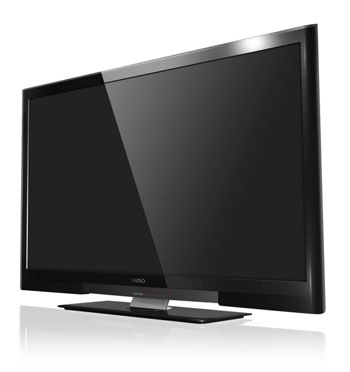 The Tru LED designation on this TV differs from the Razor LED as it is full array local dimming as opposed to edge lighting with local dimming. Full array back lighting lights the screen more evenly and since the light is behind the picture the local dimming does a better job of increasing contrast and black levels in the right places

Vizio Says: "Theater 3D™ offers several performance advantages over conventional, "active" 3D systems. Theater 3D™ is up to 2X brighter, significantly reduces crosstalk compared to current Active Shutter LCD TVs, handles fast motion without blurring, has a wider horizontal viewing angle, and has none of the annoying Active Shutter 3D flicker that may cause eye strain. In addition, Theater 3D™ eyewear can be used to view 3D movies in a majority of movie theaters."

Vizio calls thier local dimming "Smart Dimming" and it has the edge lighting divided up into over 120 control zones. These can darken areas of the screen individually allowing for higher contrast in dark scenes. It also cuts down on the energy use of the TV (minmally) but unless you watch a whole lot of TV you probably won't notice it on your power bill.

The Tru LED TVs are not as thin as the Razor LED TVs but we think full array LED backlighting is worth the extra depth. The XVT3D5 Series TVs have a gloss black Bezel around 1" thick on the edges and the speaker on the bottom of the TV.

The XVT3D556SP has enough connections for all your gear, multiple HDMI 1.4 inputs, component and composite analog video, digital and analog audio, PC input, USB, ethernet and the built-in WiFi.