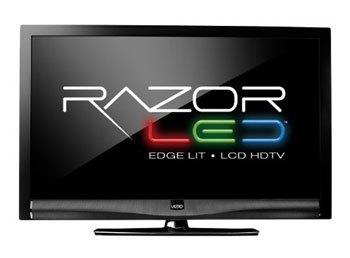 The E260VP has an LED edge-lit, 60Hz LCD panel. It lacks the high refresh rates and local dimming zones of the M and XVT series but it does have the higher brightness and better contrast associated with LED back lighting.