The 50L2300U drops the Cloud TV functionality of the L4300U above it, but takes the same notes on design. The L2300U series is a value minded one. The 50 inch model is the largest in the series. It is scheduled to be available as early as March 2013. 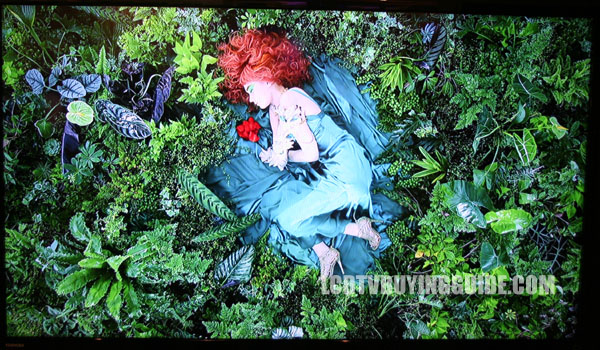 LED backlighting on the 50L2300U brings many positive effects to the picture quality. First of all brightness is at a good level. Peak whites are not as bright on some of the top tier models out there, but for a low end model the performance is good. Color is also a strong point on the television. Color performance was very solid. One thing I noticed about this TV was the very realistic but saturated color representation. Toshiba provides a number of preset picture modes that do a lot in terms of adjusting the color. Flip through these and see what the TV has to offer. LED backlighting has been known to introduce some screen uniformity issues due to uneven lighting, but these can be controlled with a simple adjustment in the picture settings menu. 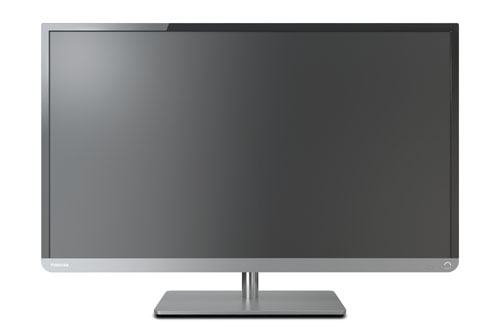 The 50L2300U looks identical to the L4300U above it with slight variations in the color. It sill gets the look Toshiba calls the Gun Metallic Satin Deco. This separates it from the standard black coloration on the L1350 below it. The thin black glossy bezel is seen on the sides and the top only. A wider metal strip runs along below the screen. At first glance this created an off-balanced look, but it grew on me after a few moments.

The 50L2300U is placed in a very competitive size class. Many LCD/LED TVs of this size include a much heavier feature set and more picture quality options. The L2300U is about as basic as it gets aside from the 50 inch L1350U below it. Competition will mainly come from LG's 50LN5400 and Panasonic's TC-L50B6. Those are both lower end models that offer a little more than this one.