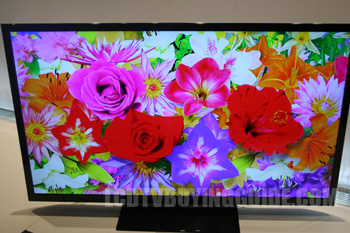 One way to save money on when constructing an LCD television is to forego LED back or edge lighting and use traditional flourescent lighting. CCFL doesn't produce the same bright whites as LED lighting but the panel lighting can end up being more uniform than a thinner, more expensive LED edge lit television. The BX series televisions are designed to provide you good picture quality at a value oriented price and they deliver here. The 40BX450 doesn't have the highest end panel or processing but it has a solid picture with good black levels and realistic color performance.

One of the downsides to CCFL lit LCD panels is that off angle viewing tends to suffer more than it does with LED back or edge lighting. The BX series is no exception to this, the best performance is right in front of the TV to about 25 degrees off on each side.

One of the drawbacks of flat anti glare screens such as the one found in this TV is that they actually reflect more light than the newer better clear coat screens on the market such as those in Sony's higher end TVs. All this has to do with the screen filtering whether to let the light in and trap it, or whether to reflect it and let the screens coating reduce it. The former is the better in our view. 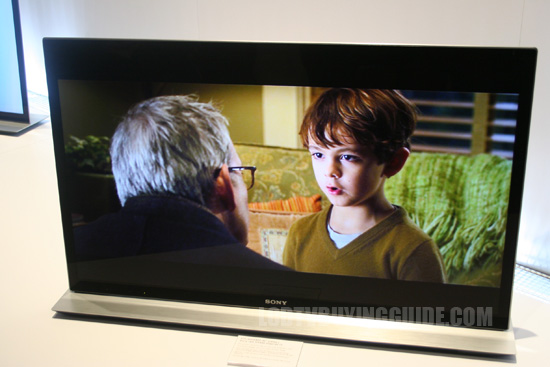 The BX series does not feature internet connectivity.