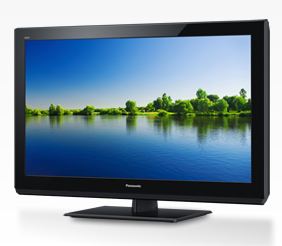 The TC-L32C5 is a 32" CCFL (fluorescent) back lit LCD television that is aimed at putting a 720p LCD panel at a low price point. The U5 series is only available in the 32" size and it features a 60Hz, 720p panel. It does not have 3D or any online features so it comes in at a budget price.

Most programming broadcast on cable and satellite today is in 720p or 1080i so you will not be missing out on resolution when watching such content. Games on the XBox 360 and Sony Playstation 3 also tend to be 720p (or less and upscaled to 720p) so again you will not be missing out on detail there. Blu-Rays will have to be downscaled and at 720p and 32" we do not recommend using the TC-L32C5 as a computer monitor, it will not render text clearly enough for such use.

The TC-L32C5 has a game mode that bypasses the picture processing to cut out input delay when playing games on the TV. Input delay is when a gamer presses a button or stick on the gamepad and because the image is fed through the the television's processor the action appears on the TV screen with a noticeable delay. This has a damaging effect on gameplay so gamers need a TV with a bypass mode like this.

One area where LCD televisions suffer is in viewing the TV from angles not directly in front of the television. The C5 sees the contrast begin to degrade at about 25 degrees off center.

The C5 retains the look of last year's Panasonic LCD televisions with a fairly wide, glosst black bezel with some metal and acryllic accents. It is not a head turner but it isn't a bad looking TV either.