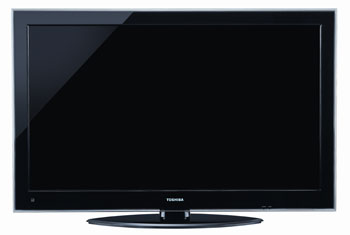 Toshiba's UX600 series televisions feature LED backlighting for slim depth, better contrast and color and improved energy use. The 1080p panel includes 120Hz Clear Frame technology to combat motion blur. Although we haven't been all that impressed with the effect that 120Hz or higher refresh rates impart to the picture although when we reviewed the 46XV645U we found that Toshiba's handling of this feature was less jarring than other manufacturers.

Anti-Glare for the panel is handled by a coating that Toshiba is calling CrystalCoat and the UX600 series also includes automatic picture and backlight adjustment called AutoView and DynaLight. Game mode will bypass some or all of the picture processing to lessen input delay, a must for any serious gamer.

Internet connectivity is the feature that Toshiba is pushing most on the UX600, NET TV will allow access to Facebook, Twitter, Youtube, Picasa, The New York Times and more directly from your TV. Toshiba has also provided built in WiFi for accessing the internet while most other manufacturers are selling an extra wireless adapter if you don't want to run ethernet cable to your TV. For anyone with a wireless network in their home this is a very nice addition on the UX600.

The UX600 can also act as a giant digital picture frame thanks to the built in photo viewer and USB port.