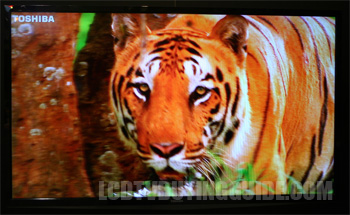 The 32 inch 32L4200U replaces last year's 32SL410U which was a mid level LED back lit television. The 32L4200U has a 720p LCD panel and the Autoview feature which does a good job of automatically setting up the picture based on the room light.

One of the things we noticed about the picture quality on the edge lit LED 32L4200U was the uneven screen lighting or otherwise called uniformity. LED Screen uniformity is a common problem in LED edge lit televisions due to the powerful LED lights concentrating light more toward the edges of the screen. Fortunately, we were able to easily remedy the issue by turning down the Backlight setting in the 32L4200U's picture menu.

One thing we enjoyed about this TV was very realistic yet saturated color representation. Color performance was very solid. If you want to really ramp the TV up for sports programming, try the Sports Mode picture setting which this TV separates out. 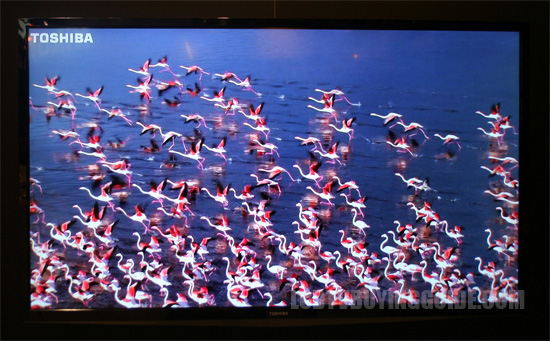 The Toshiba 32L4200U comes preset out the box to the Autoview mode which attempts to find the right light balance between your TVs light output from the backlight and the room light in the surrounding environment. It works pretty well but for some slight distraction with flicker, which most viewers will not notice.