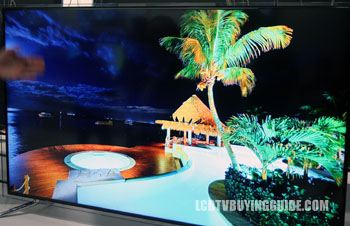 The UN46F6800 stands out from the rest of the pack with its good looks. Samsung gave the F6800 series the window look that features a branch style chrome stand and a thin glass frame that surrounds the screen. But what else is there? The top tier features like micro dimming pro and clear motion rates higher than 600 were dropped. The TV still has a 240Hz screen and a micro dimming, so there isn't much to be missed really. Active 3D playback is solid and the new Samsung Smart Hub is present.

The micro dimming on this model cuts back on the number of dimming zones across the display. Micro dimming works by localizing parts of the screen for more or less LED backlighting. One of the main benefits of this feature is the control in screen uniformity. It does a good job in that area by nearly eliminating the issue. 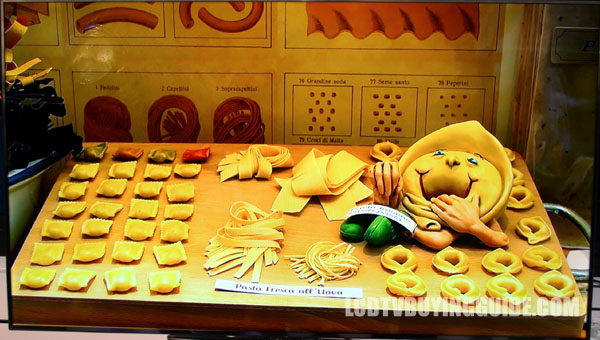 The UN46F6800 has the 600Hz Clear Motion rate equivalent processing (from a 240hz screen) which is designed to help with fast motion processing and motion blur. The true Hz rate of the panel is 240Hz but the Clear Motion feature upgrades the 240Hz through the above mentioned local dimming process to give you an "effective" frame rate of 600 in the F6800.

The UN46F6800 is not the worst offender out there in this area. In fact it may be better, but contrast/saturation diminished by around 20% at 25 to 30 degrees off center. As with any LED/LCD TV your viewing angles are going to suffer somewhat. Stay front and center for the best results from this TV.

One consistently good feature on the F6800 is Active 3D viewing. When viewing good 3D content we did not note any crosstalk. The bottom corners of the picture did not show any blur either. The 3D glasses not only perform well but are the most comfortable land light in the active 3D market. Staying front and center is even more important with 3D on the F6800. Side angle 3D viewing works to diminish contrast and colors fade. Two pairs of 3D glasses are included with this model 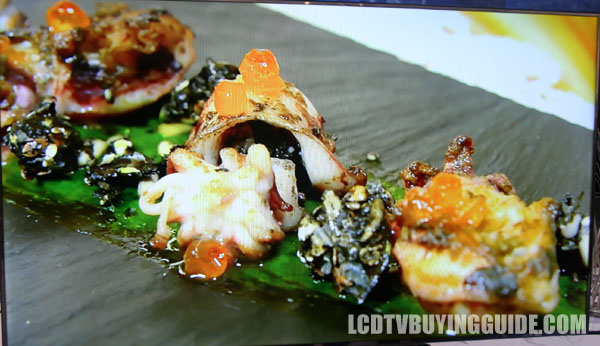 Depth in 3D and 2D viewing is strong on the F6800. The foregroud and background are clearly separated in this shot, which really brings the viewer closer to the content

Samsung is very proud of the vast array of Apps they are now providing and the Samsung UN46F6800 has access to them all. There are over 1600 Apps – most of them small and priced between .99 and $9.99 but many are offered for free. Aside from that the usual premium channels options are also included. There is a new Search All feature to allow you to find videos via Apps or other connected devices as well. Social media hookups like Facebook and Twitter are of course present. 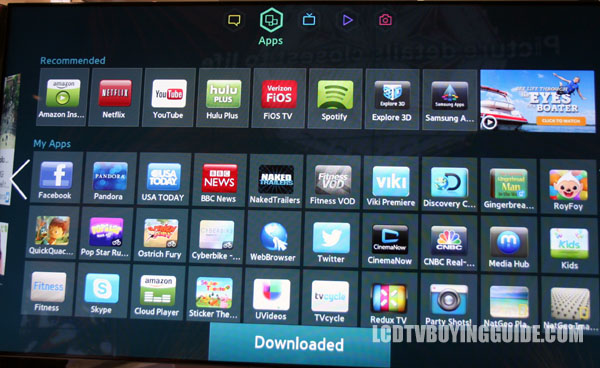 The following 3 Apps are Samsung proprietary and do add some value if they would just load quicker. The dual core processor in the 46F6800 should help the speed some.

Design is one of the key feature of the UN46F6800 with the “window design” which is accentuated by the almost imperceptible branch style stand feet and super thin .2” bezel frame. The color of the frame is a matte silver finish. To me it doesn't look better or worse really than the F7100, F7500 or F8000 series. All have the super thin almost non-existent bezel frame and are great looking. 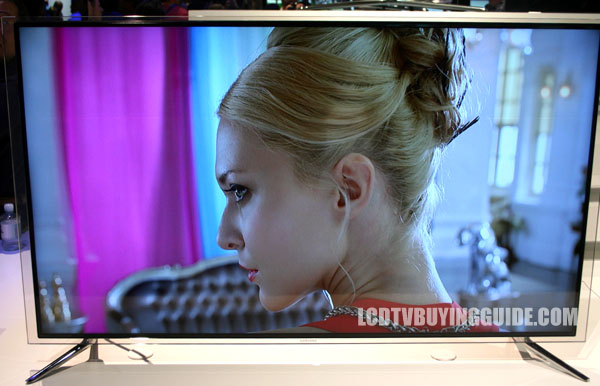