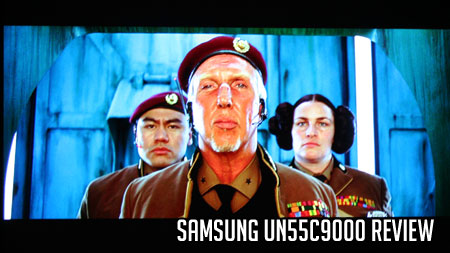 The UNC9000 series is the top of the line from Samsung for 2010 – the most expensive and feature laden TV they make. The plethora of features includes 3D TV ready, wifi ready, super thin frame, extremely beautiful aesthetic appeal, Samsung's excellent Internet Apps choices, 240Hz refresh rate processing speed, A 2D to 3D conversion system, and a super cool touch screen remote control. Of course, these features build on many past features that are also present on this TV, such as the menu system introduced last year. But what are the drawbacks? How do these features perform? Is the contrast all that Samsung claims? And how does the TV fit into the value picture? 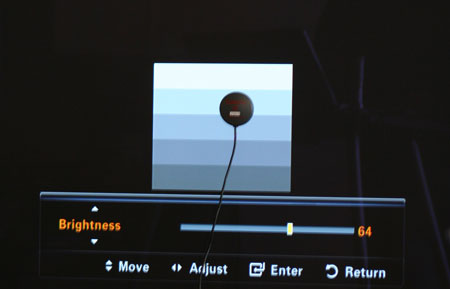 Once this is accomplished how is the picture? Vibrant. The picture is super color saturated and bright with powerful lighting while maintaining good saturation in blacks. Blue tones from the LED edge lighting are slightly oversaturated in the C9000 as is overall saturation. Click on our Picture Settings here to see our recommendations on how to calibrate. Two of the rumored and real flaws of edge lit LED are uneven lighting or backlighting and side angle viewing contrast degradation. The uneven lighting issue is nearly non-existent on the UN55C9000. With all lights off and a solid blue screen we could note some variation, however once a movie is playing on the TV, signs of this issue are unnoticeable. Side angle viewing is an issue with all TVs except plasma TVs which have individually lit phosphor cells. We felt side angle viewing on the C9000 is above average at around 30 degrees off center before noticing a slight decrease in contrast. The TV performed better than the C7000 series in this regard probably due to the Mega Dynamic Contrast technology included on this TV. 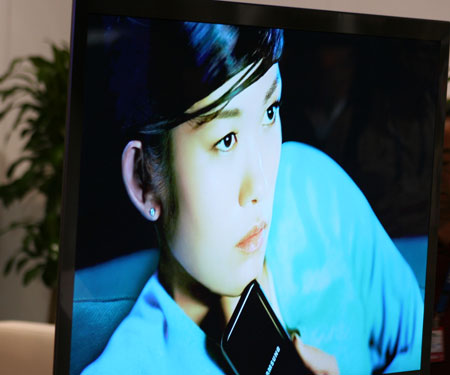 A side angle view with the 55C9000 showing saturated blue tones and only slight contrast loss. 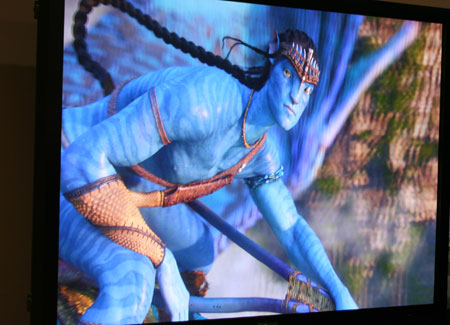 A shot from the 3D Blu Ray of Avatar. Photos of 3D shots will naturally show the 3D content in 2D and thus slightly blurred. 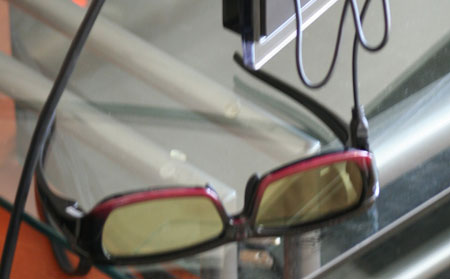 That said, I enjoyed the 3D viewing on the C9000. It does seem to give me eye strain and a slight headache after a time. I feel a little dizzy after watching 3D for an hour. But it can be enveloping and a little bit magical – engaging more of your senses than 2D viewing. When people ask me if 3D TV is all that it's cracked up to be I tell them it does what it is intended to do – improve the viewing and movie experience by producing a more enveloping experience. It works much the same way surround sound works in creating a more complete experience. 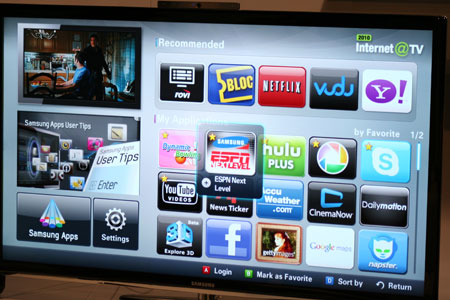 Internet Options: Samsung has one of the best Internet Apps choices in the industry, but notably lack important Hulu (or Hulu Plus). There are many proprietary Apps like their most popular Texas Holdem App that are free, light and fun. The C9000 series expands the list of potential Internet partners with Blockbuster, USA Today, ESPN, Netflix, VUDU on Demand, as well as the previously offered Yahoo news, Flikr, witter, Yahoo Finance, Yahoo Video. These options are nice improvements from last years package and make it more viable. Response time is still a little slow when clicking on the various options. This feature is wireless with an optional wifi dongle accessory (pictured below). 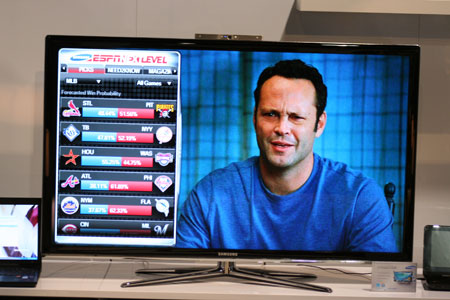 A shot of Vince Vaughn and ESPN App.

Appearance: They dont get any more collectible than this brushed titanium beauty with 1.25" razor thin depth (the top half is even thinner). The included brushed titanium table top stand includes many of the video boards and components. The neck is clear. The effect of the TV when you see it is, "Wow, that looks expensive!" Fortunately, it's not as expensive as it looks. Inc 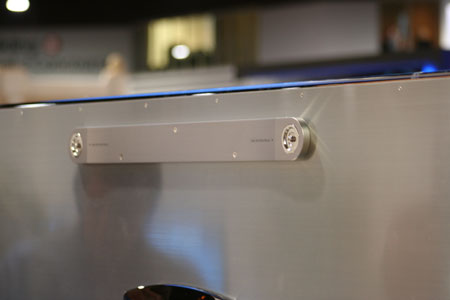 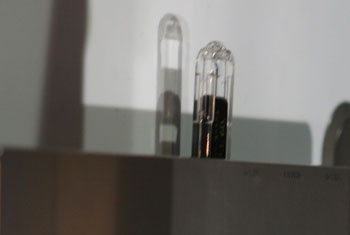 The Samsung UN55C9000 can be purchased from online authorized dealers for around $3999 with 2 pairs of active 3D glasses ($199 each sold separately), a table top stand, a Samsung Blu Ray 3D player ($359 value), and the wall mount brackets included. Some dealers may include the extras and some may not, so be aware. So far as we can tell this is probably the top priced TV in the marketplace. If you are the type of person that wants the pop of a top piece of technology with all the possible bells and whistles and cool factor, this may be the TV for you. The unit should be future proof to some degree with software upgrade ability for the Internet Apps and 3D compatibility. This is one of the most expensive TVs in the market, but it does come with those inclusions which brings the price down to $3240 without them.The Sony XBR52HX909 provides some competition. The Sharp LC-52LE925U is that companies highest end LED TV but lacks many of the extras. Also check out the excellent top end plasma from Samsung which has 3D compatibility the Samsung PN50C8000. Of course you are giving up 3" or more in those two comparisons. Just go buy one! Live a little. Help the economy. You'll have that POP to show the neighbors.