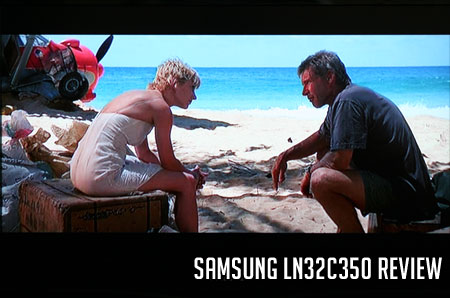 HQV Calibration: The inbuilt processor in the LN32C350 does a very good job for this price range of TV. Samsung did not skimp on the internal chip sets. 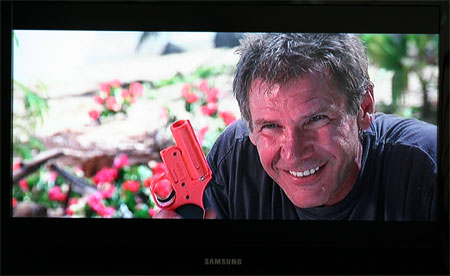 As far as aesthetic considerations go, the LN32C350 has straightforward design and better than the other 32" models on the market except the LG's. You almost cant believe how light the TV is upon lifting it, a scant 15.7 pounds. The TV is 3.25" in depth and 8" with the stand. The included table stand is very light and inexpensive and the TV must be turned on its head and the table stand screwed on upside down to accomplish the assembly. It would be more convenient if Samsung would just include the stand already assembled on the TV, same as some other manufacturers. The table top stand does not swivel side to side. The 2" bezel framing of the TV is gloss black and non-spectacular but does contain a sloped design element at the bottom.

Currently the LN32C350 is for sale at around $449 at most stores. This TV is all about price paid/value. $449 seems like a lot for something that weighs in at 15.7 pounds, but it costs much less than most of its top tier competitors.